Magic in D&D: Of Haves and Have Nots

In d&d land, there are two kinds of people: Those who have magic, and those who don't.

There a reason I mostly play spellcasters in d&d: I like having agency.

D&D has always been a disfunctional premise on a concept level from the moment it allows Haves and Have Nots in a same group, and if a player at my table insists on playing a muggle then so be it, but I warn said player that they're playing a concept with a limited shelf life.

This is not only as a player. As a GM I don't like dealing with magical Have Nots because they limit the stories I can tell and adventures I can run. D&D character levels go up and eventually "go hit the neighbouring orcs with a pointy stick" must grow into "ask the overdeity's oracle for the archfiend's true name, for which you have to go to a lost demiplane with access point in a sunken city under the sea," something the protagonist will never be able to do if all they can do is hitting things with a pointy stick. If I'm going to run an adventure, the character party must be able to pull their weight on their own power, because if I have to keep solving their every problem via McGuffins and Deux Ex Machina NPCs, then there was never a challenge, the whole thing is a travesty.

Fictional "muggle heroes" can be divided in two:

1) The Vanilla Action Hero: All this guy can do is fight. He's usually a blockhead whose fighting ability is only rivaled by his bull-headedness. Because of his lack of ambition, the call to adventure always falls straight on his lap, and because of his lack of brains or skills, the stumbles through the plot advancing only because of the purest serendipity, everything he needs just falls at his feet via the divine providence, and his foes tend to lose because of some contrived circumstance that creates an lethal opening at the exact point in time. 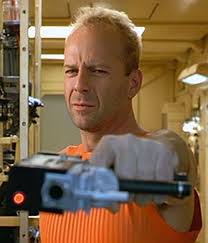 (The girl fell into his taxi without any input or effort from him: Check
The army literally knocked on his door to give him the means to get into
the resort cruise in space to meet the contact: Check.
The girl gave him every clue short of outright spelling-it-out for him to
figure out what the Fifth Element was: Check)

2) The Badass Normal: In a fantasy world (call it magic, superpowers, etc), the badass normal is a "non-superpowered person"... or rather, someone with only one superpower: Hypercompetence. The BN is ridiculously fit (regardless of apparent muscle mass), unrealistically resourceful, and crazy-prepared; they're all that and an order of fries; the pinnacle of human ambition. While people misleadingly sell BNs as "heroes like you," the thing about BNs in fiction is that, once you actually get to assess they things they do on a regular basis, you realize there's nothing "normal" about said badasses. Plus, they're often impossible to emulate in class-based games... or rather just impossible, period. Just the list of accomplishments of ANY BN (even Hawkeye's!) is impossible to normal humans in and of itself. If anything, being a BN is in itself a superpower. 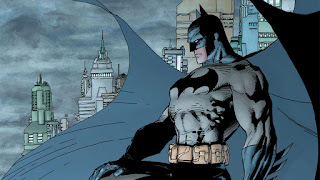 (World's Greatest Detective... who also happens to be world's top weight lifter,
best martial artist, accomplished gadgeteer, all-round Modern Man of the
Renaissance, billionaire, decked with technology at least ten years ahead of his time,
and has his life sorted out just the right way so his two lives never come in conflict in
any way... sounds legit)

D&D biggest offense regarding the Fighter is that they sell you a Badass Normal but what they give you is a Vanilla Action Hero, and the Vanilla Action Hero works only in literature and otherwise passive media because the author arbitrarily resolves the hero's problems via contrivances, serendipity, and Swords Of Plot Advancement whenever is dramatically appropriate. If this VAH had no Plot Armor and a "benevolent God," he'd have no way to reach the underwater city, let alone traverse between the planes, or defeat a god.

In addition, I don't like my players getting frustrated, and classes like the Fighter are nothing but a recipe for frustration. All (useful) character classes bring something to the table, and ALL classes fight, so if all your character can do is fight then you're not contributing anything to the adventure. Furthermore, eventually the fighter can't do even that (fight) because eventually the party reaches lvl 5 special qualities make their appearance (incorporeals, damage immunities and resistances, etc) and waving a pointy stick at them won't do. Enemies with special qualities become more frequent as levels go up and the fighter player accuses me of "targetting them." In addition, the adventure eventually grows into "ask the overdeity's oracle for the archfiend's true name, for which you have to go to a lost demiplane with access point in a sunken city under the sea," and all he can do is watch the spellcasters asking deities for the city's location, growing gills to swim, sky diving into elemental planes, and he can't contribute to any of that, so yeah, of course the player gets frustrated. 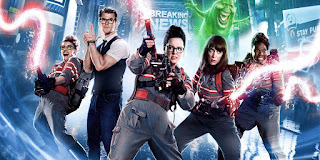 (well duh! It's a fucking ghost! Of course waving a pointy stick at it
won't work. Now stand aside and let the adults work.)

Games are not books, or anime. the Vanilla Action Hero is an archetype that shouldn't exist on any fantasy game, since all it does is mislead the players. If you play one in full awareness that you won't have any agency (or actually just play for the combat minigame), then more power to you, but if you like to have agency and making choices that matter, muggles are a trap option. Don't even bother.
Posted by Games People Play at 1:34 AM No comments:

While d&d 3E was full of blessings in comparison to old AD&D, I think the best thing about it was the actual institution and enforcement of standards.

3E's rules were by no means perfect, but they were structured enough that you could go to any gaming table and know you had a pretty good chance that you didn't have to re-learn the game's rules all over again (hell, you could even play your character from your previous game mostly as-is). The rules stayed mostly the same from table to table.

And that's why every viking hat on twitter spewing rules-are-bad rhetoric (i.e "it's all guidelines!") to me sounds like this:

Rules exist so we can all agree on what game we're playing. They set expectations and ensure players can make informed choices (starting with the most basic choice of whether I want to join your game or not). Like most adults, I'm a busy person, so If I'm going to give you three hours of my time (or possibly 7, if commuting in meatspace), I better be damn well sure of what I'm getting. I don't sign blank cheques with my time.

I'm thankful to all those GMs that honestly answer the questions I ask them about their games and houserules, even those whose answers tell me I wouldn't be a good fit for their game (or rather, I thank especially them, since their honesty keeps me from wasting both my time and theirs).

It was supposed to come off as a longer rant.
Posted by Games People Play at 8:54 PM No comments:

In an online community I hang at, we were talking about one thing but the topic eventually derailed to adventure building, and someone posted a nice checklist for module design.

Anyone who knows me knows I'm not a fan of canned adventures since they're railroads by definition.

There's a thin red line between a railroad and a theme park: A theme park is a railroad that's actually enjoyable.

If you ask me, there's just one requisite for a successful theme park:

(I was thinking of "Keep It Simple, Stupid," but KISS also makes everything better)

A module is, first and foremost, a scenario:

1a : an outline or synopsis of a play; especially : a plot outline used by actors of the commedia dell'arte
: the libretto of an opera


3: a sequence of events especially when imagined; especially : an account or synopsis of a possible course of action or events

As a scenario, even the most flexible modules will offer you at most one out of two choices at specific moments in time (which is inevitable since writers can't account for all possible player actions). So, the best modules are those built around circumstances that:

1) Are so simple that changes are irrelevant.
2) Are inherently fun, so the players have no need to want things any differently.

Just keep things simple and fun. Just like GMs use modules when they don't feel like writing their own material, players are likewise entitled to put their brains in neutral and go with the flow.

Now, while "modules with rich stories and intricate plots" sound pretty on paper... the thing with rich stories is that you run the risk of players actually wanting in on said stories, and interacting with them... and your module's scenario happens to be written in stone, and 9 out of 10 GMs will stick to the script*, so the more complex the plot, the more it will look like a Second Order Idiot Plot from the outside (see Rise of the Runelords) and the more players will resent being railroaded. 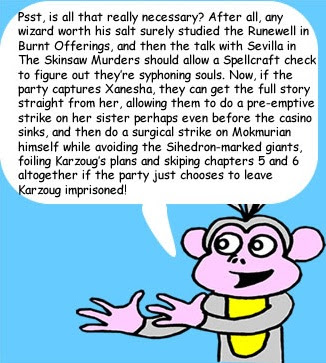 ((Boots, right before mysteriously contracting a case of lead poisoning))

A module with such a simple premise as "the player characters wake up inside a labyrinth, don't ask why." is perfectly valid: The player characters are already there, it could be for any reason (it could be a dream for all we know), no motivations are needed, and there's no "story" the players can "disrupt" (also it used to work for Robert E. Howard, Conan used to start each tale in a different place under different circumstances with no explanations given).

* P.D: Yeah, I know there are those few and proud unicorns who upon reading a module, they de-compile it in their heads and turn it into a sandbox where players can do anything with the story. In case you're one of them, congratulations, but you happen to be the exception, not the norm, and never having experienced a problem yourself doesn't make that problem inexistent to the rest of the world.
Posted by Games People Play at 3:26 AM No comments:

The Paradox of Puzzles

Of all the old school's traditions, few I care less for than in-game puzzles and riddles.

1) They take you out of the game since they're meant for the player, not the character. It's as if the GM said that, to beat the BBEG of the game, you had to beat him in Super Smash Bros. This breaks narrative flow and immersion.

Warning: This only works in cartoons, or in campaigns with overbearing, micromanaging GMs

3) GMs are rarely (if ever) actual game designers themselves. I say this as a GM: "Clever puzzles" usually aren't. Descriptions always seem clearer in our heads than the way they're actually conveyed to players. The solutions to each puzzle are always "obvious" to us because we wrote them; as GMs, we play with a full deck. Truth is: Our descriptions are usually as incomplete as our clues, which means players have as easy a time trying to solve our puzzles as a female creator trying to get to the top in Marvel comics.